(Or download the Android Application Package (APK) of the game directly from here.)

(We'd be very happy if you'd download the game though, just to minimize our traffic, you know?) 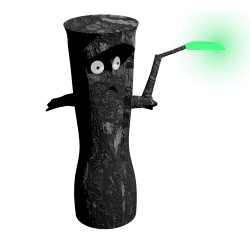 This is the story of Timberbob, a little tree who was living in a forest, quite peacefully. Until one day a mad lumberjack appeared in his forest and chopped down all the trees around. When Timberbob was slain, he managed to escape by rolling down a hill, right into a nearby river. Carefully, Timberbob protected his last living leaf, a green piece of hope which may help him found a new forest if he ever escapes the lumberjack's madness. And this is where YOU come in: By carefully controlling the waves of the river, YOU may be Timberbobs only chance of taking his precious little leaf to safety...

Basically, all you have to do is put your finger on the screen and swipe up and down to raise and lower the water. Depending on your speed, the water rises faster or slower, resulting in different wave behaviour. Sounds easy, right? Well, it is not. 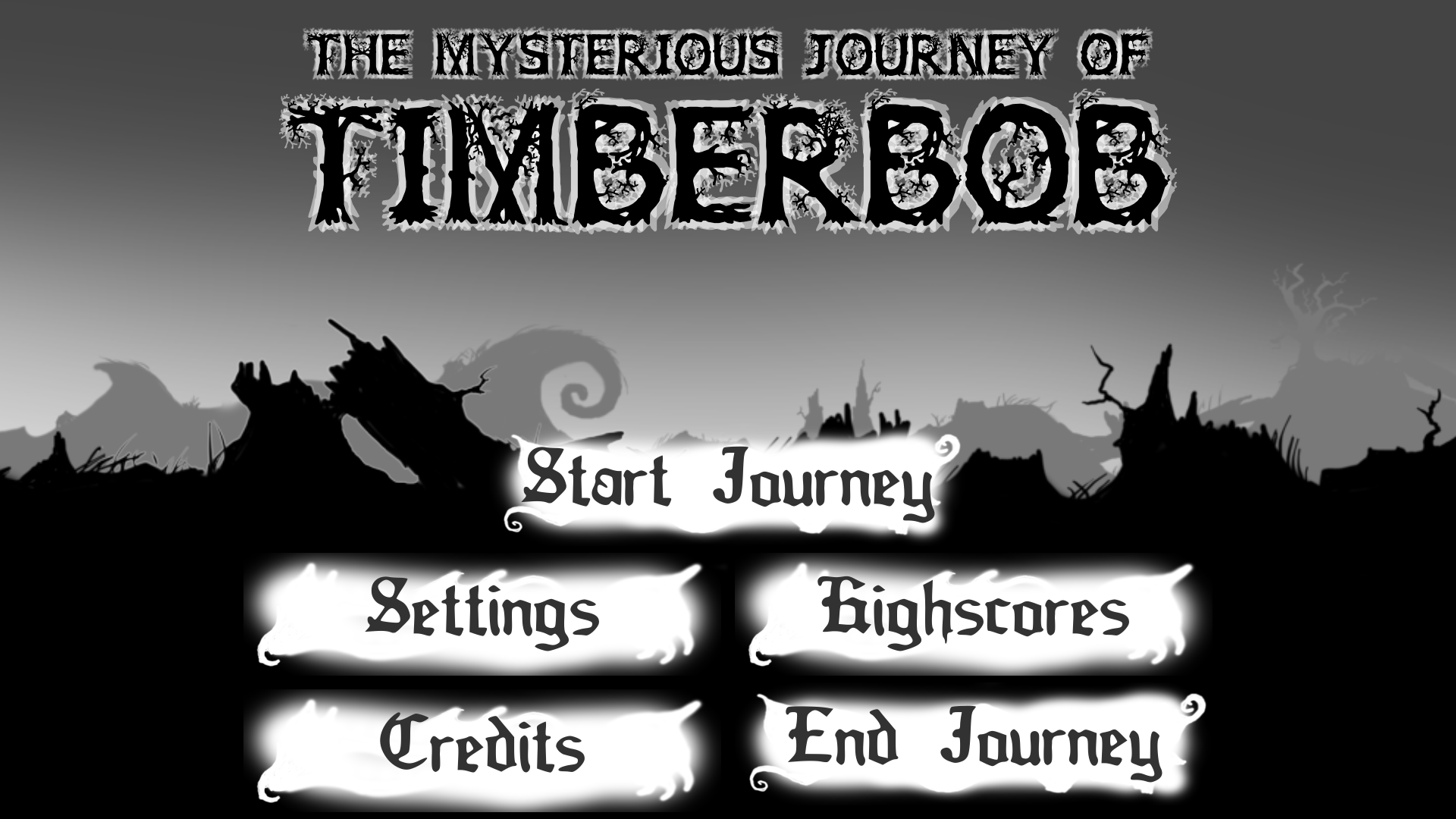 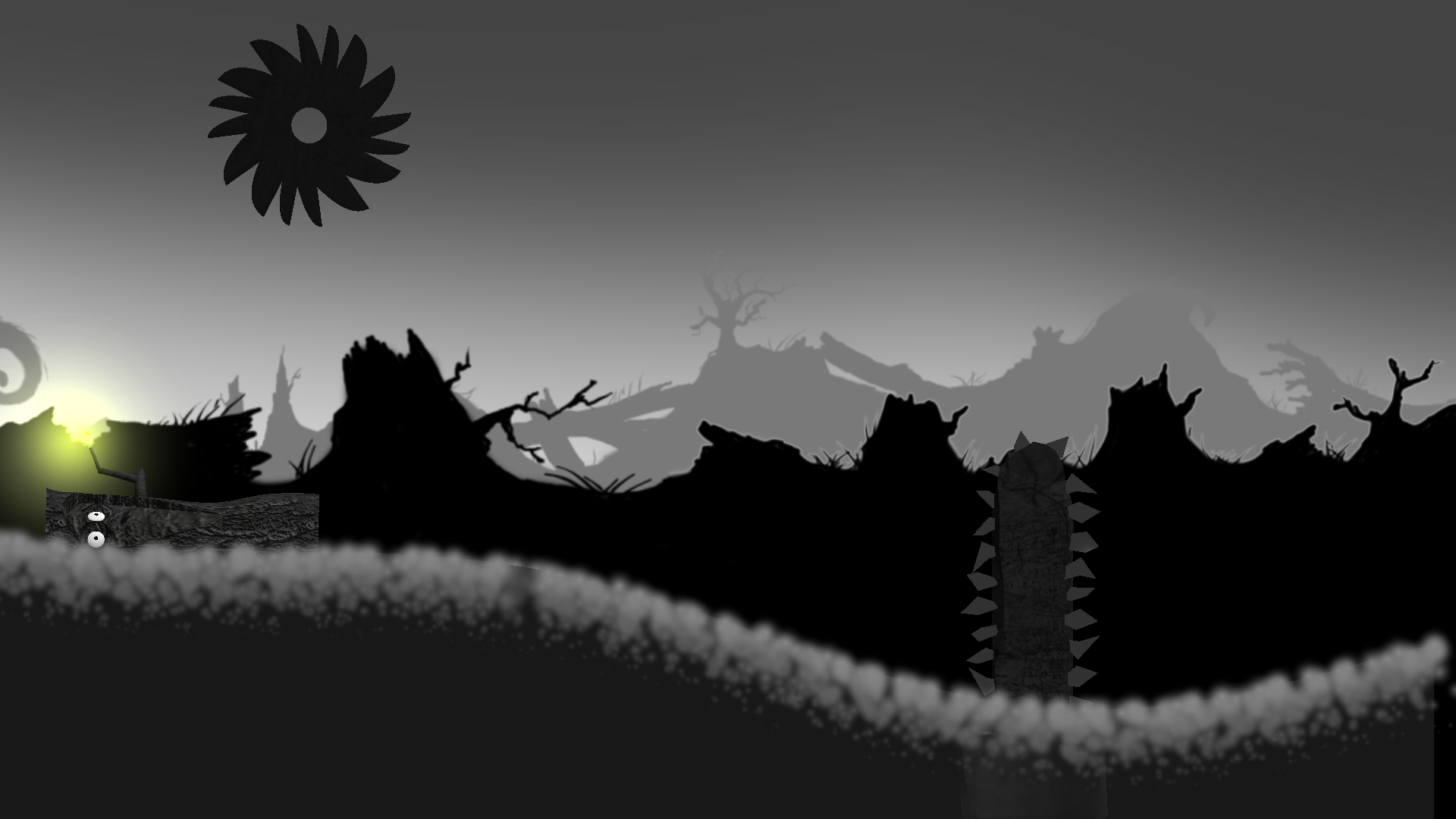 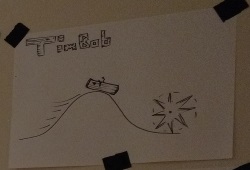 Timberbob is a video game which was initially created in less then 48 hours during Global Game Jam 2017. (The original version including source code can be obtained here.) When the word "waves" was announced to be the theme of the jam, we explored a number of ideas reaching from soundwaves to weird political jokes. Pretty early on, we grew fond of the idea to use a wave as the player character. The raw concept of Timberbob was developed within the last 15 minutes of our brainstorming session, after discussing a very different idea in much detail for about an hour. And that's it. We scribbled a sketch, put it on the wall and got to work. At the end of the jam, Timberbob reached third place during a best-game-of-the-jam-on-site voting. 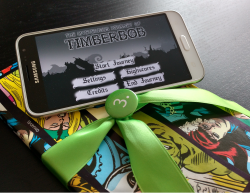 (Thank you so much, everyone! And congratulations to the teams behind Sonar and WildSea who made it to first and second place!!! The bat noises are incredibly cute!!!) However, we took the liberty of making some minor adjustments (mostly bugfixing, though) and release the above Android and PC versions of the game subsequently.

Please make sure to have a look at all the other lovely games which have been created at our jam site at the University of Bremen, Germany. You may find a list of all the games here and some information about the jam site here. And, of course, make sure to participate next year! There might be a jam site nearby!

Builds for other Devices

Loosely based on the ratio of your interest to our motivation, there might be builds for other devices coming sooner or later. If you want to receive the latest news or get in contact with us to beg for a build for your respective device, please meet us on Facebook.

Timberbob is a single player game. However, your scores and your chosen player names are submitted to our high score list. Below, you can see the best of all 139 players of Timberbob from all over the world.

Our game does not reval any of your personal data to us - except, of course, for your chosen player name and your scores. The 10 highest scores you achieved are stored on your device. The highest score is sent to our server after each round you played. Your MAC address (basically, a unique identifier for your device) is encrypted by applying a hash function. The result is used to update your score on our high score table. However, we cannot decrypt the address and therefore not link your player name to your device. For our German users, we provide more information about Information Privacy in our Datenschutzerklärung

That's it, folks. Let's get back to the top!